The real impact of inflation on individual households 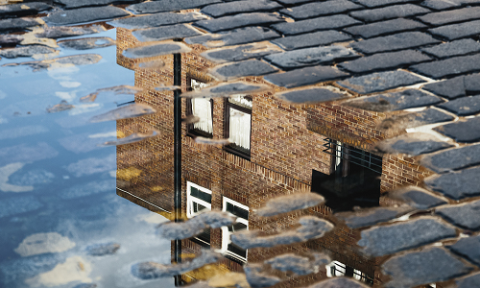 The UK Government’s latest data shows UK price inflation has risen by 4.8% year-on-year, but for many the jump in the cost of the weekly shop and household bills is much higher than that. Jonquil Lowe, Senior Lecturer in Economics and Personal Finance, asks: Can the UK Government figures be trusted?

The UK Government’s official measure of inflation is based on changes in the cost of a basket of goods and services. These are weighted according to a survey of how the average household spends its money. This means that, while the price of some items rising increases the inflation rate, the impact is diluted if the price of other items falls or stays the same. But there are several reasons why this approach does not reflect the way inflation actually affects individual households:

First, by definition, hardly anyone is average and lower-income households are much harder hit when the price of essentials rises because they spend a higher proportion of their income on these items. For example, the weights applying to the latest inflation figure for December, assume that 8% of household spending is on food and 30% in total on housing, water, electricity, gas and other fuels. But if you’re on a low income, you’re likely spending nearly twice as much of your budget on food, and destined to fork out 18% of it on energy bills alone by April according to a new study by the Joseph Rowntree Foundation.

Secondly, the weights are updated only annually. But when there is a big increase in the price of essentials, such as the current huge spike in the cost of heating our homes, spending on that item suddenly takes up a much bigger share of total spending than previously.

Thirdly, the UK Government’s favoured measure of inflation assumes that people switch to cheaper alternatives as prices rise. That’s impossible if a household is already buying as cheaply as it can or has special needs for example due to health issues.

Finally, it takes time to gather statistics, so there is a delay before the published figures catch up with the real world, meaning that the official data will underestimate actual inflation when prices are on a rising trend. Related to this, benefits and pensions are due to rise in April, but only by inflation as measured last autumn, so low-income households in particular will see their incomes rise by much less than current inflation, deepening the squeeze on their standard of living.

As we continue to reflect on the real-time impact of these cost-of-living changes, the spectre of debt and severe financial stress for large sections of our society looms large. Find out more via the Joseph Rowntree Association.

Find out more about our research

Find out more about studying Economics with us.