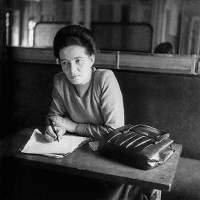 The word 'philosophy' derives from an ancient Greek word meaning ‘love of wisdom’. That is a good starting definition, but for a fuller sense of what philosophy is as an academic discipline, it helps to think of it as a set of fundamental questions, a rich history of attempts to answer those questions, and a distinctive range of reasoning methods and techniques.

Why do we have emotions and how do they interact with our rationality? Is being as happy as possible the key to a good life, or do we need deeper meaning? Is it possible to make a free choice when we are influenced so heavily by the world around us? These are just some of the questions our students tackle while studying philosophy with us, as they gain a deeper understanding of both the subject and of themselves.

We are internationally regarded for our expertise, with members of the discipline having held Visiting Fellowships in Canada China, Germany, Italy, New Zealand, and South Africa.

In addition, members of the discipline are, or have recently been, involved in the management of various learned societies, including:

The individual staff member pages contain details of our research interests and publications.

The research we conduct is broadly in normative philosophy, often with a historical perspective. This is reflected in our Values and Reasons Research Group. However, we have research strengths in a wide range of areas, including: aesthetics, conceptual engineering, ethics, history of philosophy, philosophy of language, philosophy of mind, philosophy of sport, and post-Kantian European philosophy.

We have a thriving Postgraduate Research Community, with full-time as well as part-time MPhil and PhD students, working on a range of topics. A number of our Research Students hold funded positions.

We host a Branch of the Royal Institute of Philosophy as well as regular research events such as workshops, conferences, and the Philosophy Seminar Series.

We are also engaged in research funded by external bodies, such as the AHRC-funded Heritage in War project, Role Ethics Network and Drugs in Sport project. These projects and related ones have seen academics collaborate with:

Many of us give talks on philosophy to schools. We also engage in significant research collaborations with other disciplines, including jointly supervising Research Students.