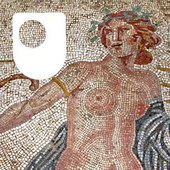 The following materials provide a taste of undergraduate and postgraduate modules in Classical Studies.

Through OpenLearn, you can access podcasts and study units from our cross-disciplinary Level 1 modules. 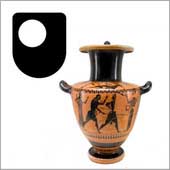 Voices, Texts and Material Culture (A105) 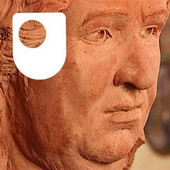 Exploring the Classical World (A219)

Introducing the Classical world (a 20 hour course) on OpenLearn aims to give you an insight into the sources that we use when studying the classical world.

Through OpenLearn, you can also access a huge range of podcasts from our Exploring the Classical World module (A219): 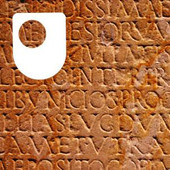 You can also find short animated summaries of Aeschylus’ Persians, and Aristophanes’ Lysistrata. (These animations use Adobe Flash so will not work on some tablet devices.)

We've also condensed the epic narrative of Homer's poems the Iliad and the Odyssey into two short animations.

Reading Greek: Language and Literature (A275)
Classical Latin: The Language of Ancient Rome (A276)

See below for the language resources connected with these modules.

Short introductions to these modules are available on YouTube. 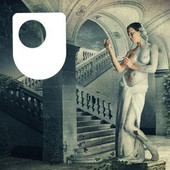 Myth in the Greek and Roman worlds (A330)

On OpenLearn you can access our audio podcasts on four key topics from this module: 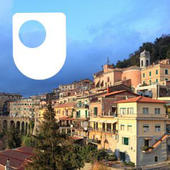 The module information page contains further details of the module’s content and resources. 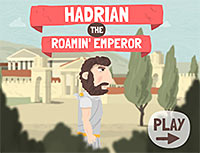 Hadrian's Rome (a 10 hour course) on OpenLearn lets you explore the impact that the emperor Hadrian (117-38 CE) had on the appearance of the city of Rome and why this was significant. It introduces you to a range of types of evidence, including literary sources, inscriptions, coins and buildings and how these can be brought together to answer questions about the role of the emperor and the ways in which the wider empire was made visible in the architecture of Rome itself.

Roamin' Hadrian
To whet your appetite for The Roman Empire, try this interactive game in which you can help Hadrian put together his passport and then join him as he travels around the empire. Along the way you will learn about his character, work and love life, meet other key figures and collect souvenir artefacts for his villa in Tivoli.

You can watch a short video introduction to The Roman Empire on YouTube.

The Library of Alexandria
This OpenLearn unit addresses one of the central questions of our MA foundation unit: how do we know what we know about antiquity? It explores the evidence that we have for the ancient Library and its destruction, and the varied ways in which it has been represented in the modern world.

The Body in Antiquity
This OpenLearn unit will introduce you to the topic of the Subject Section of the MA part 2: the body in Greek and Roman civilisation. The way that people fulfil their basic bodily needs and engage in their daily activities is embedded in the social world around them. Through the body we can discover fascinating aspects of both Greek and Roman culture. This unit will explore the ancient body from a variety of angles: through archaeological objects, philosophy and comparison with other cultures.

Introducing Classical Latin
This site will help you prepare for a beginner's Latin course, such as Classical Latin: the language of Ancient Rome (A276). You can learn about Latin pronunciation, master some basic vocabulary, and explore the basic principles of Latin word order and sentence structure.

Interactive Latin
This site allows you to quiz yourself on Latin noun, verb and adjective endings, providing useful consolidation or revision practice, whether you are relatively new to the study of the language or a more advanced learner.

Getting started on Classical Latin

This OpenLearn unit (10 hours) prepares you for the kind of learning that takes place on a classical language course. It gives you a taster of what is involved in the very early stages of learning Latin and offers you the opportunity to put in some early practice.

The development of the Latin language
This OpenLearn unit gives you the opportunity to hear a discussion of how the Latin language developed into modern ‘Romance’ languages, such as French, Spanish and Italian.

Introducing Ancient Greek
This site will help you prepare for a beginner's course such as Reading Classical Greek: language and literature (A275). You can review the letters of the alphabet, learn how to pronounce classical Greek, memorise the sequence of letters in the Greek alphabet, use letters to form words and use words to form simple sentences.

The Reading Greek Vocabulary Tester
Set up by Eton College in collaboration with the Open University, this site helps you to consolidate your knowledge of the vocabulary met in Sections 1-9 of the textbook Reading Greek (JACT/Cambridge University Press: the textbook used by students of A275). You can adapt the site each time you use it to suit your specific learning objectives. For example, you can ask to be tested on the vocabulary from a specific section of Reading Greek (e.g. section 2, or sections 1-4) or on specific types of word (e.g. verbs or noun).  Use the options on the ‘Set up your test’ page to tailor the test to your requirements.

Reading Classical Greek
This website contains interactive quizzes designed for students who are using the Reading Greek series of textbooks (JACT/Cambridge University Press).  The quizzes allow you to test yourself on the grammar you meet at different stages of the course.

Please note some parts of the free-standing study materials use Adobe Flash and will not work on some tablet devices. 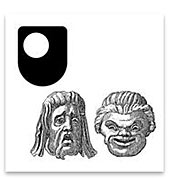 Hestia/Herodotus Open Learn collection
In his ‘Histories’, Herodotus explores the world of his time (the fifth-century BCE Mediterranean) through the past conflicts that have given rise to its present organisation. In this course, you will join in Herodotus's enquiry (the Greek "historia", from which we get our word "history", means "enquiry"), by reading key episodes - including Croesus consulting the oracle and the battle of the 300 Spartans at Thermopylae - while, at the same time, using the latest digital technology to view that world and open it up for further investigation.

The Birth of Comedy
This course offers an introduction to ancient Greek comedy – the world’s earliest surviving form of comic drama.  In a series of videos and audios, featuring interviews with academic experts and specially filmed extracts from comic plays, Dr James Robson explores what we know about ancient Greek comedy, what it means for us today and how it is still being staged for modern audience.

Latin graffiti at Pompeii
These illustrated podcasts explore the different kinds of inscriptions and graffiti that have been discovered in the excavations at Pompeii, and explain what they can tell us about different aspects of ancient life in the city, from leisure activities to politics and business. You will also gain an insight into how to decipher the original Latin of the inscriptions.

In addition to the resources listed above, there are a wealth of other videos, audios and articles on OpenLearn devoted to Classical Studies, covering topics from the classical hero Perseus, to the Romano-African city of Thugga to an insight into Greek mythology in Doctor Who.